The govt urge private sectors to arrange for their workers’ salaries

As the government is still looking for the possibility of increasing the minimum wage for its civil servants in the country, employers from the private sector have been asked to negotiate their own salaries with their employees so as to reduce the increased hard life facing the majority of Tanzanians. The deputy minister of state in Prime Minister’s office responsible for policy, parliament affairs, Labour, Youths, Employment and the disabled persons Anthony Mavunde said last week in the parliament during question and answer session. He was responding to the question earlier raised by Arusha urban legislator Godless Lema (Chadema) who wanted to know plans by the government to make reforms on its workers’ remunerations. In a supplementary question which was raised by Rombo legislator Joseph Selasini (Chadema) who wanted to know when the National Board for salaries finished making a review on workers’ basic salaries in the country so as to cater for the economic need of the people and issue its report, the minister said the Board is still working on it. 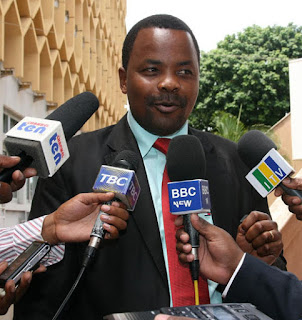 He said that, since the Board was established in 2015 one of its duties it was commissioned to work on workers’ salaries under section 35 of the Labor Act and up to now the Board is still investigating on its activities and once it finishes, then it will submit its report to prime minister’s office. The deputy minister noted that, the Board has taken much more time to accomplish its assigned duties because in between on the course of its operation, it had to suspend its duties because the government had chipped in with a sudden operation to search its workers with faked academic certificates. Meanwhile, the deputy minister has issued a directive to the Regional labour Officer for Songwe region to investigate reports tendered in the parliament today over the allegations leveled against Tunduma based truck company which is notorious of not employing its workers who have been toiling now for three years. The directives by the deputy minister were issued following a supplementary question which was raised by the legislator Frank Mwakanjoka (CCM) who wanted to know legal measures taken so far to penalize a truck company which has been employing its workers in Tunduma without giving them employment contracts. He said any person who has been working in an enterprise for more than such mentioned years is contrary to the country’s labour laws.
Posted by Emmanuel Onyango at 4:51 AM