The government has put in its strategic future plans of promoting tourist zones located in southern highland regions with a view to attract more tourists to come and visit the zone, the Parliament has been informed.  The deputy minister for Tourism and Natural Resources Japhet Hasunga said in Parliament on Monday this week and mentioned tourist zones which include Ruaha, Mikukmi, Selous, Udzungwa national parks. Others he noted are Kitulo, Ismila Stone Age and Kalenga museum sites. 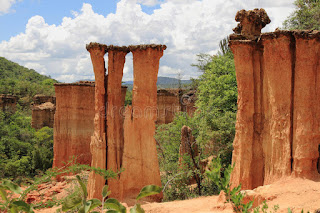 The minister further noted that, it is now high time to promote all these zones which seems to have been forgotten in the map of tourism potential areas in the country. In line with this promotion, the government will also undertake to promote the Kondoa Irangi ancient animal paintings which have become the world heritages through National Broadcasting Corporation (TBC1). He said that, the government will advertise the area through its national television (TBC) in collaboration with tourist stakeholders so that it should be known from within and out side the country, as this is also one way to put Tanzania in the international world.  The deputy minister was responding to the question which was raised by Janeth Zebedayo Mbene (CCM) who wanted to know plans by the government to promote Mikumi National parks and others in southern highlands regions, and the involvement of private sector in tourism promotion. 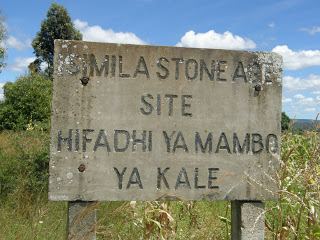 Earlier the special seat legislator Dr. Jasmin Chisekwa (CCM) raised a question which was directed to the ministry of tourism and wanted to know plans by the government to construct tourist hotels in national parks. Responding to this question, the deputy minister Hasunga noted that the government through its tourist Board has determined to construct tourist hotels in various national parks located in the country. Another legislator Ally Kessy (CCM) raised a supplementary question which was directed to tourism ministry with a view to know legal action which was taken against an investor who was allegedly reportedly to have burned the hotel within Mikumi national park in 2009. In answering the question, the deputy minister Hasunga dismissed such claims and said that the government is not aware if the hotel was intentionally gutted by an investor except what the government knows so far is that, fire caused by electrical fault destroyed the building.
Posted by Emmanuel Onyango at 9:30 PM