Property tax collection in the country accounts for 20 percent of local revenues and contributes to 0.3 percent of the Gross Domestic Product (GDP) if compared in some developing countries whereby their collections accounts for 80 percent which stands at an average of about 3 percent of their GDP. This is lower by 60 percent at a global level despite efforts which were introduced by the government including recent reforms made of the property tax regime, the study report has said. The study titled, “Central-local government relations in property tax collection in Tanzania” which has highlighted the country’s property tax administration scheme between 2008 and 2016 shows that, property tax collections has been dwindling due to improper administrative structure. The study was presented today by the REPOA’s Director of Commissioned Works Dr. Lucas Katera at a breakfast talk which is organized by the policy forum at British Council hall in Dar es Salaam city. 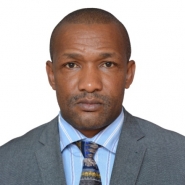 Dr. Katera said in his report which has a detailed summary of the recent reforms of the property tax regime since 2008 that, the property tax collection system in the country has been decentralized and centralized up to 2016 when the government transferred to Tanzania Revenue Authority (TRA). Dr. Katera outlined in his findings that, there has been poor revenue performances under decentralized system mainly due to corruption and political interference by local councilors at district and municipal levels. Poor performances had also continued when the government decided to transfer its collection bases and handed it to the TRA, the study has revealed that it was due primarily to inadequate preparation for centralized collection which has resulted into a major drop during 2016/17 financial year.  Dr. Kassera noted that, politicians reacted in desperation on realizing that, and convinced their people in constituencies not to engage in paying it directly to TRA. Another reason he outlined was due to poor coordination with real estate stakeholders an aspect that caused under rating of the property charges for various structures owned by the people in towns and even at district and municipal levels.
Posted by Emmanuel Onyango at 5:57 AM