The government has informed teachers and other workers in the country who in one way or another were mistreated by Regional Commissioners (RCs) and ended up being suspended from their services unlawfully and without a cause. The Minister of State in the President's Office who is responsible for Good Governance 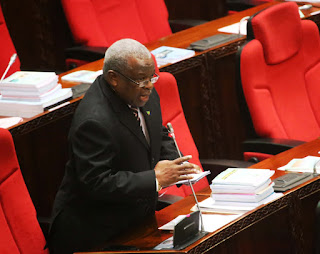 George Mkuchika said in the Parliament on Monday this week when he was responding to the supplementary question which was raised by Bombo legislator Joseph Selasini (Chadema). The legislator from the opposition camp wanted to know if there has ever done a thorough scrutiny by the government over claims by some teachers from his constituency who complained had been sacked from their work places by the Regional Commissioner. The legislator also clarified that apart from being sacked, others were demoted for no any apparent reasons on allegations of the poor performances records attained in their final national exams by their schools. In another supplementary question, the legislator further noted that, there were some teachers who have not been paid for their remunerations including allowances since the fifth phase government came in power in 2015. 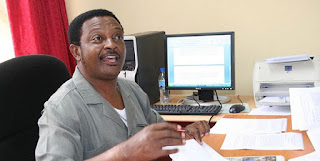 Responding to these queries, the Minister said that, an employee has the right to face any contravention of work rules and regulations set by their employers and not otherwise. The minister further clarified that, any person who feels that such contravention of work laws or rules have been violated by their employers, then they have the right to send their claims for further scrutiny in order to establish the legalities of the matter. Earlier a special seat legislator Ruth Mollel (CCM) raised a question and wanted to know what penalty which is thereby given to public servants who violates rules and regulations imposed to be followed as guidelines for workers. He said in Tanzania the labour laws empower all employers to impose any penalties on mistakes likely to have been committed by their employees at the place of their work respectively. On teachers’ dues, the Minister noted that, their accrued allowances will continued to be paid in accordance with the availability of fund, but for those who are given then transfer, an immediate payment should be paid to avoid more accumulations.
Posted by Emmanuel Onyango at 9:54 PM