About 154 railway stations owned by Tanzania Railways Limited (TRL) have been set under intensive renovation exercises to be carried soon, the deputy minister of Works, Transport and Communication Eng. Atashasta Nditiye has said. The minister said yesterday in parliament during question and answer session that the work will be done alongside with the renovation of the police post buildings located in respective stations. He was responding to the question which was earlier raised by the special seat Asha Abdula Juma (CCM) who wanted to know n plans by the government of renovating the dilapidated buildings most of which were constructed during colonial period. 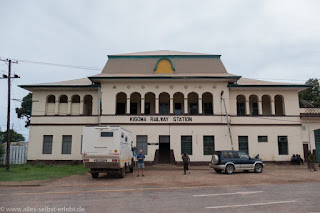 The minister noted that, as the government has strengthened its efforts in the construction of the Standard Gauge Railway (SGR) line, little renovation exercises will be carried out along central railway line and through the extension line along Tanga, Moshi-Arusha wherever need arises. He admitted the presence of the dilapidated railways infrastructures along its lines and pledged that the government would take the necessary steps toi ensure that all the activities are put in place for the development of transportation industry in the country. In a supplementary question raised by the special seat Mariam Kisangi (CCM) who wanted to know when will the government build stations through which a city commuter train in Dar es Salaam popularly known Mwakyembe’s train passes along, the minister said no any station will be built. Clarifying more, however, the deputy minister has issued a warning to train commuters to be careful and respect the areas which have been designed for the train to stop so that they should disembark safely instead of violating the rule.
Posted by Emmanuel Onyango at 9:34 PM