Govt: Health centre at Sinza-Palestina will not be upgraded into district hospital

The Government has officially announced not to upgrade a famous health centre popularly known by many as Palestina which is located at Palestina area in Sinza suburb, Dar es Salaam city into the district hospital. The government’s announcement was made in the Parliament on Monday this week during question and answer session by the deputy minister of State in President’s Office who is responsible for Local Government and Regional Administration Josephat Kendege. The deputy minister was responding to the question which was earlier raised by Ubungo legislator Said Kubenea (Chadema) which was asked on his behalf by Rombo legislator Joseph Selasini (Chadema)  who wanted to know when the government will upgrade the centre into a district hospital. 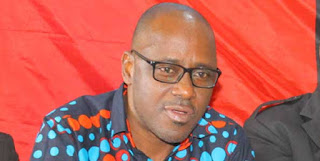 The minister said that, although the centre has strategically located in areas with higher population density with a number of specialized doctors, it still lacks many medical facilities and some important infrastructures needed in order to accommodate patients who are attended there. The minister outlined some other factors which have stood as a stumbling block into convincing the government to make it a district hospital such as lack of enough buildings for accommodation and for treatment. In view of this, however, the government has directed the district council authorities to look for the 20 hectares of land on which a new hospital should be built with full status of being a district hospital. 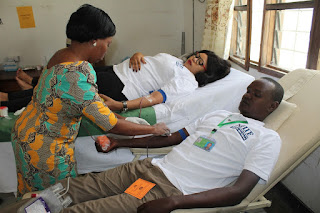 He further elaborated that, the government has a plan of building more district hospitals in addition to the 67 hospitals which are currently under construction in various parts in the country. The deputy minister responded a supplementary question which was raised by a legislator Flatay Massey (Chadema), and Tunduru legislator Daimu Iddi Mpakate (CCM) both of whom wanted to know the completion of the long plan by the government of constructing district hospitals in the country. In response, the deputy minister said that, the long plan is there and will be implemented on the merits of the availability of funds set aside in every financial year budget, and that those in need should wait for their turn.

Posted by Emmanuel Onyango at 9:39 PM