GAIRO District Executive Director (DED) Agnes Mkandya broke down into tears yesterday following intensive grilling by members of the Parliamentary Local Authorities’ Accounts Committee (LAAC) on embezzlement of funds in the district council. Ms Mkandya found herself in hot soup when responding to questions from parliamentarians and started crying, wiping her eyes with a handkerchief, prompting the Chairperson of the committee, Mr Vedasto Ngombale (Kilwa North-CUF), to calm her down. It all started when Special Seats MP Ms Leah Komanya (CCM) started grilling the DED on the alleged misuse of funds in the district council to which Ms Mkandya admitted misuse, explaining further that she had sacked nine heads of departments due to the rip-off. As the DED continued sobbing, the Chairman of the Parliamentary Committee tasked the district council’s Head of Internal Audit to shed light on the misappropriation. However, he said they could not answer all questions since they had just been handed over to the office in a short period. Unsatisfied by the response, Mr Ngombale asked the Morogoro Regional Administrative Secretary, Dr John Ndunguru, to respond to the allegations but he, too, was quick to explain that many of officials in the district were new in office and thus not aware of earlier undertakings. Earlier, Ms Komanya had pointed out what she described as massive embezzlement in Gairo District Council, accusing officials of siphoning revenues collected in the local government authority through the use of ‘carbon slips.’ In response, the DED said the use of ‘carbon slips’ to cheat the authority on revenues had been detected where one of officials was nabbed, noting further that the authority was now working to install Electronic Fiscal Devices (EFDs) to collect revenues. 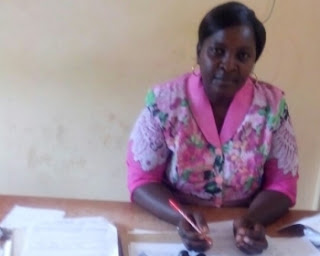 Ms Mkandya explained further that the district council had contracted the Tanzania Telecommunications Company Limited (TTCL) to connect Gairo District Council to the national fibre optic to link the electronic revenue collectors. In another development, the parliamentary committee directed the Gairo District Council to dish in the next six months all funds that should have been granted for youth and women economic empowerment funds during the financial year 2013/2014. During the financial year under review, the local authority was supposed to dish out 13.4m/- and 14.4m/- for women and youth empowerment funds, respectively as well as 24m/- that was meant for villages and streets. ''We direct that the funds in question should be paid in the next six months, we as well urge the President’s Office (Regional Administration and Local Governments) to see into it that a total of 254m/- owed to Gairo by Kilosa District council is paid during the current financial year,” he instructed. Speaking earlier, the Deputy Chairman of the Parliamentary Committee, Mr Abdallah Chikota (Nanyamba-CCM), warned officials at the district council against cheating, explaining that the committee summoned them due to shortcomings on their financial records. Meanwhile, Parliamentary Public Accounts Committee (PAC) has directed the Controller and Auditor General (CAG) and the government assets administrator to investigate the 12.5bn/- spent on constructing the Dodoma Regional Commissioner's Office. The order was issued here yesterday by PAC Sitting Chairman Mr Japheth Hasunga, shortly after chairing a meeting with the regional secretariat. Mr Hasunga (Vwawa-CCM) said the committee wants to verify the value for money on the structure whose construction is ongoing. "CAG and the state property administrator should investigate if the structure and furniture match with the money already spent," he said. The committee also tasked the administrator to undertake a special inspection on state properties especially cars (working, defected, or sold). It has called on the regional accounting officer to actively manage the accounts department to meet international standards during the preparation of financial statements to avoid flaws in audit reports. "The accounting officer must from now on submit a written report explaining how 665.3m/- was obtained and spent before the end of the day tomorrow," the chairman ordered.

Posted by Emmanuel Onyango at 3:19 AM No comments:

Magufuli faces Anne Kilango, six months after he sacked her


PRESIDENT John Magufuli yesterday visited the Speaker of the National Assembly, Mr Job Ndugai and former Union First Vice-President and Prime Minister John Malecela at their residences where they are recuperating following medical treatment. Flanked by the First Lady, Janeth Magufuli, the president wished the duo quick recovery so that they could proceed with their normal duties and responsibilities of building the nation. Mr Ndugai thanked Dr Magufuli for visiting him and enquiring about his condition. He further thanked him for closely monitoring his health status when he was receiving treatment in India. The National Assembly Speaker came back home recently from India where he was receiving treatment. “I have been very much comforted …and I want to state clearly that since I fell sick, I have been receiving telephone calls from the head of state inquiring about my health condition. Today he has paid me a visit on behalf of all Tanzanians… I want to thank him and pray that he continues with his kind heart in visiting people who are facing various problems,’’ he remarked. Mr Ndugai assured Tanzanians that his health was responding well to treatment, adding that he was now capable of discharging part of his duties, asking Tanzanians to continue praying for him. Mr Malecela also thanked the president and Mama Janeth for visiting him, adding that he was doing fine. He expressed gratitude to the team of doctors who were treating him. “My health is improving to a large extent. I want to thank you and Mama Magufuli for visiting me at my residence,’’ added Mr Malecela.
Posted by Emmanuel Onyango at 3:10 AM No comments:


ABOUT 87 people who purchased houses at the Kijichi Project of National Social Security Fund (NSSF) have rushed to the High Court’s Land Division to seek orders relating to breach of contract terms and oppose eviction from their premises. Through legal services of Advocate Benito Mandele, the residents have lodged two cases, one relating to temporary injunctions against the NSSF Board of Trustees and Majembe Auction Mart, who are alleged to have issued the notice for eviction. The other case relate to the main suit under which the residents are seeking several reliefs, including review of contract terms of the houses, setting clear obligations of each party, review of proper price of the houses and for orders requiring the NSSF to refurbish the houses to make them fit for habitation. Parties to the case, except Majembe Auction Mart, appeared before Judge Penterine Kente, where the two cases were mentioned. The judge directed that the hearing of the application under which the residents are seeking orders of maintenance of status quo should be heard on August 24. In the meantime, the judge has ordered Advocate Mandele to ensure Majembe Auction Mart are served with court documents and appear on the hearing date and that Advocate Opio Marcels for the NSSF, should file his counter affidavit in reaction to the application before the set hearing date. The residents are claiming that they purchased their respective houses from the NSSF at its project executed at Kijichi area, Kigamboni in Temeke District on credit basis at a cost ranging between 105m/- to 130m/- payable for 15 years. Such repayments attract interests of 11.44 per cent per annum. It is alleged, however, that upon occupying the houses in question, the residents found them in sub-standard and unfit for human habitation. The residents claim that NSSF breached its contractual obligations of making sure that all necessary basic social services were available. As a result, the residents allegedly wrote to NSSF for intervention on several occasions, but no response was forthcoming. The residents, thereafter, decided to incur their own expenses to make different renovations and procurement of essential services like water, electricity and other infrastructures. It was at that point in time when the residents stopped servicing the loan for the houses, a move that aggrieved the NSSF, who in turn instructed Majembe Auction Mart to implement the eviction. Since there was a provision under the contract that in case of any dispute that could arise between the parties, they shall first take the dispute to the Tanzania Institute of Arbitrators before resorting to court action. It is stated that the residents petitioned the institute in an attempt to resolve the dispute. But the NSSF are alleged to have avoided appearing before such a quasi-judicial body. The residents had no other option, than taking the matter before the court of law for determination.
Posted by Emmanuel Onyango at 3:00 AM No comments: