Tanzanians witnesses the revival of their local airline


It was assumed to have died and never resurrected to continue its normal operation, the Air Tanzania Corporation Limited ATCL once the leading among East African airline has come back with a force which Tanzanians bides farewell to its existence in the country. Last week, the airline launched its routes to Mwanza, Arusha and Zanzibar, with the management saying the company is prepared and ready to offer high quality and reliable services. For many years, ATCL operated poorly due to lack of aircraft, which would have offered reliable services to its passengers. Flight cancelation and delays became normal for ATCL. All these issues weakened the company. As ATCL became weaker, private owned companies recorded good performance. Majority Tanzanians decided to fly with private owned companies as the national carrier kept struggling to catch up with changes in the market. Last week, the company’s Director General, Mr Ladislaus Matindi said his company is determined to ensure there is no delay or flight cancellation. He said the company is ready for the business and it has already set strategies that will enable it to compete in the market. With the revival of ATCL and purchase of new aircraft, it is obvious things will change for the better. Among sectors that expected to improve is tourism. Globally, aviation business has been a crucial factor for the growth of tourism sector. The connectivity provided by international air transport facilitates the fast-growing global tourism industry. It is estimated that over half of international tourists travel to their destination by air. Tourism makes a major contribution to the global economy. It directly contributed 2.2 trillion US dollars to the world GDP, almost 10 percent of the global economy, in 2015 and provided over 108 million jobs globally. By 2024, the World Travel & Tourism Council expects direct employment in the tourism industry to be more than 126 million people globally. When looking at the jobs and GDP supported through the indirect and induced impacts of tourism, the figures are significantly higher at 285 million jobs, 8.7percent of employment, and 7.2 trillion US dollars or 9.8 percent of the global economy. 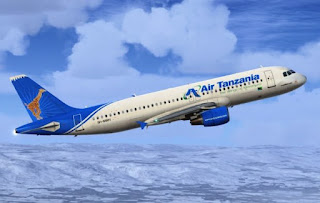 By 2026, tourism could support some 370 million jobs and 11 trillion dollar in GDP. Tourism sector is important in many developing countries, including Tanzania. With such prospects at global level and the ongoing fifth government efforts to revive ATCL, it is obvious Tanzania will not be left out of these successes in the tourism sector, employment opportunities and total economic growth. According to the ATCL’s plans, in the few coming years, the company will be able to fly across the country and beyond. This means ATCL will be able to fly tourists to all regions at affordable prices and reliable services. President John Magufuli said last Friday that his government is looking forward to revive the national carrier and ensure it promotes tourism. The Head of State is aware of the aviation contribution to the growth of the country’s economy, especially through tourism sector. He said more new planes are coming and that in few years to come ATCL will be plying to international routes. Various reports show that over 54 percent of international tourists now travel by air. In Africa, an estimated 5.8 million people are employed in areas supported by the steady influx of overseas visitors, most of whom arrive in the region by air, and contributed 46bn/-US dollar to GDP in African economies in 2014. In 2014, the Tanzania Tourism Board (TTB) said the country was eying at 2 million tourists arrivals by 2017. Tourists arrival broke the 1 million-barrier for the first time in 2012 when the number of foreign visitors surged 24 per cent. The country receives an average of 1.1 million tourists a year. The number rose 1.7 per cent in 2013 to 1.095 million, bringing in 1.85bn/- US dollar. Most of the visitors came from Britain, Germany, the United States and Italy. Tourism is Tanzania’s numberone foreign currency earner. It’s quite clear that with the revival of the national carrier, Tanzania will be able to offer travel and tourism services accordingly. This will probably help to strengthen tourism sector and boost the country’s economy.
Posted by Emmanuel Onyango at 2:15 AM No comments:

How Tanzania and Kenya maintains their relations


ONCE upon a time during the colonial era, both Tanzania, then known as Tanganyika Territory and Kenya, designated as Protectorate and Colony, the people in both East African countries, fed up with years of foreign domination, waged separate struggles for independence. Although both went their own ways in the struggle against British colonialism, they shared a common goal inspired by the Pan African Freedom Movement for East and Central Africa (PAFMECA). The independence struggle in Tanganyika, led by one of the country’s early intellectuals, Mwalimu Julius Nyerere, who in 1954 had formed the Tanganyika African National Union (TANU), won the day in 1961 as the country became the first in East and Central Africa to celebrate ‘Uhuru’.In neighbouring Kenya, a struggle for independence was then underway, taking on bloody proportions as the so-called Mau Mau movement waged an all-out war against British colonialism under cover of the dense Mount Kenya Forest. Several Kenyan liberation fighters, led by a charismatic nationalist, Mzee Jomo Kenyatta, were rounded up and charged with leading the Mau Mau movement in the infamous Kapenguria Trial. We take note and cherish the famous statement by Mwalimu Nyerere in the late 1950s - that he was prepared to delay the independence of Tanganyika if that would have expedited the freedom of Kenya and Uganda. That is why even after Tanganyika celebrated ‘Uhuru’ on December 9, 1961, the country’s leaders began crusading for the independence of other East African countries. We supported their struggle. Uganda followed with their independence in 1962 as Kenya became the last country in East Africa to gain her independence in 1963. Later day post-Uhuru period for both Kenya and Tanzania as the latter became known following the Union with Zanzibar in 1964, was not exactly a bed of roses due to selfish machinations by a number of powerful individuals on the other side of the border in a fray of unfortunate happenings that are better forgotten than remembered. It is, therefore, gratifying to note the restoration in recent years of the cordial relations between Tanzania and her northern neighbour. Hopefully, President John Magufuli and Kenyan President Uhuru Kenyatta, the former only two years old and the latter a few months’ old at the time of our independence in 1961, will continue to forge closer links for the benefit of their people. We say ‘Harambee’ and ‘Hapa Kazi Tu’.
Posted by Emmanuel Onyango at 2:14 AM No comments:


THIS year National Road Safety week was marked in Arusha Region at Arusha City, where it was revealed that at least three motorcycle accidents occur on daily basis in the country, and mainly claim lives, it has been learnt. Speaking during the climax of the function held at the Sheikh Amri Abeid Stadium on Monday, the Regional Traffic Police Commander, Nuru Selemani said that, there were 615 motorcycle accidents recorded in Arusha between January and October this year at the rate of three mishaps per day. Commenting on that, the Arusha District Commissioner, Mr Gabriel Daqarro revealed that plans are underway to start registering motorcycles and their riders in the urban precincts to ensure that all the operators can be traced, trained and hold driving licences. “Because at the moment, anybody who can ride a motorcycle can become a bodaboda operator,” said Daqarro. 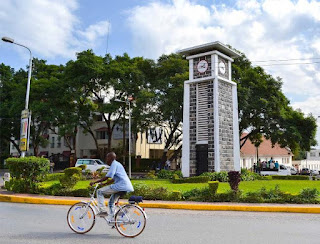 
Overall, the number of road and motor accidents that have occurred in the region in the last ten months of 2016 has reached 1692. “Last year the total number of accidents clocked 2011 by December,and imagine this year two more months are still left before we close it, thus the 1692 figure can still increase,” he said. The DC said that a total of 68 accidents claimed innocent lives in the road mishaps that occurred within the first ten months of this year, where a total of 1692 motor accidents got reported in the region, adding that the crashes resulted into injuries of 725 people. He said that causes of road accidents are many, but cited the leading ones as a result of human errors accounting to 75 percent, poor road conditions taking 10 percent and the rest on faulty vehicles with 15 percent. While 615 motorcycle accidents occurred this year, last year it recorded 763 accidents out of the total 2011ones that were reported. In another development, motorists in Arusha have also reported to have been complaining of series of police stops along the region’s highways including the officers harassing them with questions which suggest bribes.
Posted by Emmanuel Onyango at 2:13 AM No comments: