FROM THE PARLIAMENT EARLY THIS WEEK IN DODOMA:

The government has dished out a total of Tshs. 4 bn/- from its treasury to help empower various 367 registered youth groups in the country, the deputy minister of State in Vice-President’s Office responsible for policy, parliament, labour, youths, and employment and disabled Anthony Mavunde has said.  Mavunde told Members of Parliament early this week when he was answering a question earlier raised by the special seat legislator Khadija Nassor Ally (CUF) who wanted to know how the government has worked on economic basis in order to empower youths in the country and what are the new strategies it has put in place to improve its empowerment program. 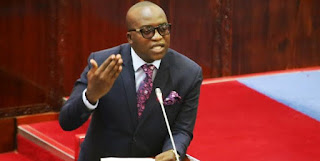 
Responding to this question, the deputy minister noted that, plans by the government have remained intact as per what the policy on capacity building says as related with the youths’ economic empowerment. He said that, the government urges youths to join the registered groups so that they might be able to get a chance of employing themselves rather than depending on the employment opportunities in offices which are very rate nowadays. “The government has been empowering youths and women and this is in line with the national policy programs of economic empowerment, and this is a priority set up in a move to reduce the increased high rate of unemployment in the country”, he said.
Posted by Emmanuel Onyango at 6:22 AM No comments:

The President’s promise for Tshs. 50 million to each village worries an MP

The government is still making intensive preparations in readiness for the disbursement of Tshs. 50 million it had promised to dish out for empowering economic development plans to be initiated in each village in the country, the deputy minister has said. The deputy minister of State in Vice-President’s Office responsible for policy, parliament, labour, youths, and employment and disabled Anthony Mavunde said this week in parliament that, once the needed infrastructure are ready in place, then the government would be in a position to disburse the money as per the promise it had made during the general campaigns over two years ago. The deputy minister was answering a question eerier raised by a Member of Parliament for Konde constituency (CUF) Khatibu Said Haji who is worried about with this promise and wanted to know when will the government start distributing the said money. In response, the deputy minister could not specify clearly what kinds of infrastructures which are under preparation in readiness for this much awaited project to kick off. However, he noted that, people in the country should keep on waiting as the government promises are intact as it were issued.
Posted by Emmanuel Onyango at 6:19 AM No comments:

National internship guidelines is in place, says the minister

The government has prepared a program that will guide graduates from higher learning institutions to undergo an in-house training at their places of work in order to increase their hands on skills and expertise for a particular job they will be obliged to undertake. The program is coordinated closely in collaboration with all employers and institutions which directly deals with employment activities with a view of providing work experiences to assign graduates fresh from schools and will take between 6 months and one year. 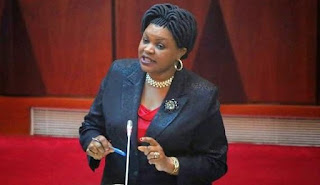 The Minister of State in Prime Minister’s Office responsible for policy, parliament, labour, youths, and employment and disabled Jenista Mhagama

She said in parliament early this week when contributing answers to the question earlier directed to her ministry. The question which was raised by a special seat legislator Zainab Athuman Katimba (CCM) wanted a clarification of how the government helps those graduates to secure an employment opportunity once advertised and required only those with experiences and not otherwise. Responding to this, the minister Jenista said that, after the government had realized of the existing problem among the graduates, had no any options except to institute a program and linked it with the employers as well as institutions which deals with employment in the country. She said that, this is a guidance in order to help graduates fresh from higher learning institutions acquire short experiences while at their work places before being considered fully to run such experienced jobs.
Posted by Emmanuel Onyango at 6:17 AM No comments:

Safety regulations must be observed at work places, says the minister

The government has reiterated its insistence to all employers in the country to make sure that are looking after the safety of their workers by providing working gears as a way of protection, the deputy minister of Trade and Industries has said. Eng. Stella Manyanya told the parliament early this week when responding ti a question earlier raised by the special seat legislator Latifa Hassan Chande (CCM) who wanted to know what special attention the government provides to industrial workers especially of cashew nut processing industries based in Mtwara. Responding to this question, the deputy minister Eng. Manyanya noted that, in line with safety regulations which employers and industrialists are required to abide with, employers are also required to join with Workers’ Compensation Fund (WCF) to help incase of emergencies. 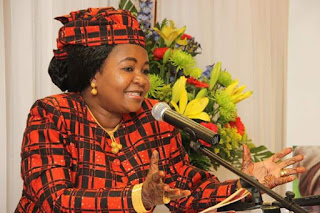 
She said that, all industries which were privatized in accordance with the law, must work and perform as in accordance with the government’s requirements. A supplementary question was raised by another  special seat former first lady Salma Kikwete (CCM) who necessitated the need of government to visit the southern based cashew nut industries in Lindi regions so as to see for the development taking place in these industries. Meanwhile, the deputy minister made it clear in the house that, the government has imported 135,000 tones of sugar to subsidize the current shortage of the commodity in the country at this time when fasting has started. Elaborating more on the fluctuation price rates of the commodity in Tanzania main land and Zanzibar, the minister noted that, there is a difference of taxations rates which has determined the wholesale price for bags in each country and noted that in Tanzania mainland a bag weighing 50 Kg is sold at between Tshs.101,000/- and Tshs. 105,000/- whereas in Zanzibar the same bag is fetched at between Tshs. 71,000/- and Tshs. 75,000/- respectively.
Posted by Emmanuel Onyango at 6:15 AM No comments:

EFD machines to be supplied by government alone 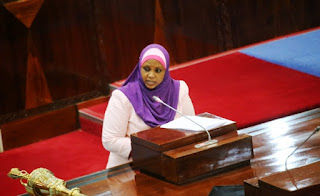 The government has cut off the tender it had  given to agents for the supply of its Electronic Fiscal Devices (EFDs) and instead it will do the work straight away to prospective customers in the country. The Deputy Minister for Finance and Economic Planning Dr. Ashatu Kijaji said early this week in parliament that, the government has withdrawn the supply for having accounted for the losses it incurred from suppliers of these electronic devices. Without mentioning the specific losses the agents caused, the minster noted that, newly registered customers in need of such machines will have them through Tanzania Revenue Authority (TRA).  She said all tax payers must be in possession of these devices so as to keep their up-to-date financial records without manipulation. The Minister was responding to the question earlier raised by Nsimbo legislator Richard Phillip Mbogo (CCM) who wanted to know the trend of government and the use of the EFD machines which he said do not last longer and lost records an aspect that it is impossible to keep records of tax payers.
Posted by Emmanuel Onyango at 6:12 AM No comments: