Govt to solicit USD 350 million from the World Bank 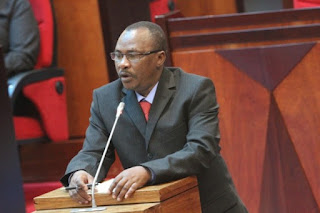 He was responding to the question which was earlier raised by Nchemba constituency legislator Juma Nkamia (CCM) who wanted to know plans by the government to install water supply facilities in newly constructed Msakwalo and Falakwa advanced secondary schools in his constituency whose students still use water drawn from the dug wells. The minister has assured the legislator that, his problem had reached to the ministry and that about Tshs. 1.8 bn/- has been set aside for the supply of clean and safe water to the said secondary schools at Nchemba constituency. The deputy minister noted that, once the money is attained from the WB, the priorities would be given to newly established secondary schools in the country. In order to accomplish his directives, the deputy minister has issued directives to the district council authorities who operate their activities by help of the office of District Commissioners in the country to consider this and give priorities to the needy schools.
Posted by Emmanuel Onyango at 4:48 AM