Mlandizi suburb to get a district hospital

The government has set aside Tshs. 1.5 bn/- from its development expenditure fund which starts from July this year to be used to construct a district hospital in Mlandizi suburb in Coast region, the parliament has been informed. The deputy minister of State in president’s office for local government and regional administration George Kakunda revealed last week in the parliament during question and answer session. He was responding to the question which was earlier raised by Special Seat legislator for coast region Hawa Mchafu (CCM) who wanted to know when the government will build a district hospital in the area. 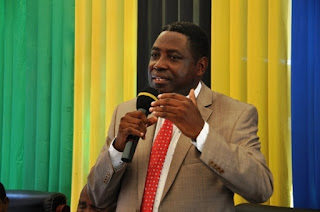 The legislator cited a most basic reason why the area need to have a district hospital and noted that, the current health centre which provides medical services receives 250 maternal mothers who delivers their babies in a month and hence the need for its expansion is necessary. Clarifying the matter, the deputy minister further noted that, the district council in the area has been given the task to look for the 30 hectares of land on which the building would stand to start its construction on straight. Meanwhile, A similar supplementary question was raised by Joseph Kasheku alias ‘Musukuma’ (CCM),Geita legislator who w anted to know when a health centre would be constructed for the people in rural areas within his constituency after the one in Geita had been upgraded into a district hospital. In responding to this question, the Minister in-charge of the ministry for local government and regional administration 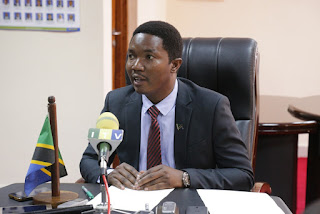 Selemani Jafo said that, the government had set aside unspecified sum of, money to start the construction of the health centre by October this year.
Posted by Emmanuel Onyango at 5:17 AM