Economic empowerment program for the youths has come to the highest

The government has said that, it has received more than 22,000 applications from youths in different parts in the country that are in need of receiving trainings conducted for youths’ economic empowerment. The first phase of the program which is to end in 2022 aims at empowering youths economically with a view to provide them skills for conducting their lives is issued by the Prime Minister’s office which coordinates with the district councils located in the country. The Deputy Minister of State in Prime Minister's office responsible for policy, parliament, labour and employment, Antony Mavunde said on Monday this week in Parliament that the importance of the training program is to equip youths with skills to enable them employ themselves in every field. 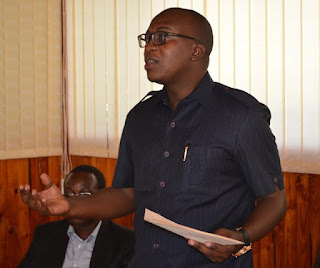 The deputy minister was responding a question which was raised by the special seat Hawa Mwifunga (CCM) who wanted to know the importance of the training for both boys and girls in the country. A supplementary question was raised by the legislator later who wanted to know if the law allows a boy or a girl to be engaged for marriage while are in secondary schools. The deputy minister who is a lawyer by profession noted that, the country’s laws does not allow students to be dropped out of school and forced for marriage as this is regarded as a criminal offense bearing in mind the fact that, it denies a child right of receiving needed education fir their future lives. In another supplementary question  which was raised by Richard Ndasa a Member of Parliament for Sumve constituency who wanted to know if it is allowed for a boy to marry his teacher in school, the minister noted that, it was also not allowed as in accordance with the education laws, this is not accepted.
Posted by Emmanuel Onyango at 10:24 PM