In a bid to end mischievous acts of illegal planting of cases which are allegedly being practiced by unfaithful police officers against innocent civilians upon their arrest within the country, the government has asked people to immediately report such malpractices with full evidences. The deputy minister of Home Affairs Hamad Masauni said this week in parliament and appealed to the people that, if they confirm the existing of such malpractices should they report to the authorities concerned so that the law should take its own course against the defaulters. 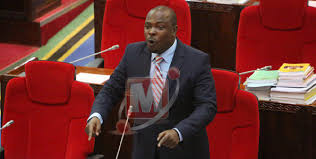 The deputy minister was responding to the question earlier raised by the Iringa urban legislator Rev. Peter Msigwa (Chadema) who wanted to know why are there some habits by police officers in the country who plant illegal cases against innocent civilians whom they apprehend. The legislator cited an example of some inmates whom he met in remand prison recently when he was leveled against with the alleged case associated with staging an illegal demonstration and taken to court together with other six Chadema members. The minister noted that, the court has procedures which acknowledge any demand forwarded by claimant in court and judged in accordance with evidences tendered before the court of law. Earlier, Tarime legislator John Heche (Chadema) had a question which was raised in parliament on his behalf by Kibamba constituency legislator John Mnyika (Chadema) and wanted to know why police officers in Tarime district are fond of planting illegal cases against culprits whom they apprehend.
Posted by Emmanuel Onyango at 5:48 AM