Govt wants contractors of REA projects to pull up their socks

The government has directed contractors assigned to accomplish all electrification projects in rural areas under Rural Energy Agency (REA) to report in their respective sites to keep going the electrification process in rural areas in the country. Either the government has issued a stern warning to contractors who will fail to accomplish their assigned project on time and a failure for that will have their contracts revoked without. Either deputy minister has directed all contractors to give priority all government’s institutions at their sites and directed all district council authorities to closely follow this. 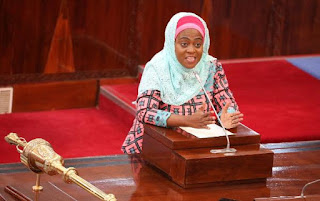 The directives have been issued in parliament early this week by the deputy minister for Energy Subira Mgalu during question and answer session. The minister was responding questions raised by legislators the majority of whom had complained of the slow moving pace of the REA projects in villages which are within their constituencies. Earlier the legislator for Mbulu rural Flatei Gregory Masay had raised a question and wanted to know why is it that in Mbulu rural area with 76 villages, only 12 out of these have been connected with electricity and wondered when the rest will be completed. Responding to the question, the minister noted that, the government has put in its strategic plans to complete electrification process to all villages at this time when the government embarks on the implementation of REA III projects.
Posted by Emmanuel Onyango at 12:40 AM