The government is planning to undertake an intensive research activity with a view to investigate the cause of the plant withering which on coconut crop plants has rendered them unproductive in many farms along the coastal regions in the country. The Minister for Agriculture Dr. Charles Tizeba said in the Parliament that, plant withering has become a common disease for many plants in the country and in order to remove the disease, scientists have advised the way through sterilization method as an effective way to avert the phenomenon. He said there are so many related cases which the government is working on currently in order to minimize the situation. The minister was responding to the supplementary question which was raised by special seat legislator Zainabu Matitu Vullu (CCM) who wanted to know steps which have been taken so far by the government to ensure it controls the diseases which have rendered many coconuts unproductive. 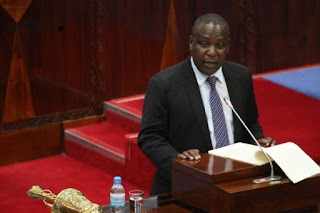 Earlier the special seat legislator Safrina Sungura (CCM) wanted to know from the minister of agriculture why it doesn’t take into account the cultivation of palm oil plants in Kigoma region and why is it that, the government has not yet established a Board to look at the plant which is a good source for the production of palm oil. Responding to the question, the deputy minister of Agriculture Dr. Mary Mwanjelwa noted that, the Board has been formed and located at zonal levels in the country. She said that, for Kigoma farmers who are the leading producing region in the country for palm crops their Board is located at Tabora. She said that, the Board is determined to look after the cultivation of palm crop in the country so as to increase its production for industrial processing. Another supplementary question was raised by Mtama legislator Nape Nnauye (CCM) who wanted to know how effective are the zonal offices assigned to monitor food crops in the country especially at Naliendele centre at Mtwara. The deputy minister said that, the centres are well equipped with tools and experts who make regular follow ups of the most agricultural problems facing the country.
Posted by Emmanuel Onyango at 10:25 PM