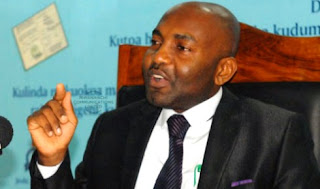 The deputy minister of Home Affairs Hamad Masauni has assured the Biharamulo’s legislator Oscar Mukasa (CCM) that, the government has put in its budget to construct police staff houses in Biharamulo district. The deputy minister made a pledge in parliament early this week when responding to the question which he earlier raised. The legislator wanted to know when the government would build staff houses for police officers in the district which is faced with shortages of houses for its staff. Responding to the question, the deputy minister said that, plans by the government to construct 75 houses is complete and is waiting for the approval of their budget to accomplish the work. He said that, these are among the 400 houses slated for construction in the coming 2018/19 financial year budget and that the neediest areas will be given priority. On issue of police vehicles to be used during patrolling he noted that, this will depend on the availability of funds as there are police stations in many districts in the country which do not have enough vehicles.
Posted by Emmanuel Onyango at 12:38 AM