Authorities directed to adhere to laws of environmental protection

District and Municipal council authorities in the country have been directed to educate local citizens to adhere to all laws that govern the environmental protection in their areas of jurisdiction. The call was issued last week by the deputy minister of state in Vice-President’s office who is responsible for environment Kangi Lugola. Lugola was responding to the question which was raised in parliament during question and answer session by Mtwara rural legislator Hawa Abdalahaman Ghasia (CCM) who wanted to know strategies put in place by the government in the fight for environmental degradation. Responding to the question, minister Lugola highlighted a great need for the people to adhere to the laws already introduced by the government in almost every element of human life so that, the problem of environmental degradation  may vanish for ever in the country. He outlined various measures taken as means to curb the phenomenon and outlined some laws which the government has imposed as punitive measures and if followed correctly would help avert the problem of the environmental degradation. 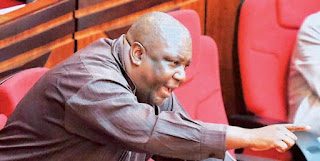 Such laws he noted are Land Act which stands to help to preserve soil erosion, Water Act stands to help preserve water catchment areas, Forests Act which stand to help preserve forests from tree depletion, and Agriculture Act which stand to maintain agricultural activities and types of crops to be grown in certain areas. He noted that all these are essential but the problem comes to their implementation and supervision by the authorities concerned whom he described to be impervious to reasons when fulfilling duties assigned in accordance with the laid down rules and regulations.  “We human beings are created on God’s likeness but the problem with us is that, we do not want to abide by the rules and regulations set including policies and that is the reason we are faced with lots of problems”, the minister said. Responding to the supplementary question which was raised by the special seat Jacqcline Ngonyani Msongozi (CCM) who wanted to know measures taken by the government to curb wanton felling of trees. The deputy minister noted that, the government has put in place strategic measures which have enabled the use of extra energy apart from bio-fuel which has increased from 30 to 50 percent in most parts in the country. Despite of the increase of the extra energy sources, still the use of charcoal and firewood for bio-fuel which is highly exacerbated by wanton felling of trees is still there.
Posted by Emmanuel Onyango at 4:43 AM