PRESIDENT John Magufuli unveiled a lean cabinet of 18 ministries that will have 19 ministers and 15 deputies. The president, however, did not name four ministers for the Finance, Education, Natural Resources and Tourism and Works portfolios, saying he would do after deciding on whom to fill the remaining slots. President Magufuli’s cabinet comprises mostly of new faces and only seven ministers from the previous Fourth Phase government who have made a comeback. He said some ministries will have two deputies while the rest will have only the minister to take care of them. Addressing a press conference at the State House in Dar es Salaam, the president, flanked by the Vice-President, Ms Samia Suluhu Hassan, the Prime Minister, Mr Kassim Majaliwa, and the Chief Secretary, Ambassador Ombeni Sefue, said the leanness of his cabinet is a result of his government’s focus on public service delivery efficiency and cost-cutting. “There is about 2bn/- that was set aside for a retreat for the ministers and their deputies... there will not be any retreat this time around… the money will be redirected to other development projects such as purchase of desks in the education sector,’’ he emphasized. Among the ministers and deputies who made a comeback from the previous phase are Mr George Simbachawene, Mr William Lukuvi, Dr Harrison Mwakyembe, Dr Hussein Mwinyi, Prof Sospeter Muhongo, Mr January Makamba, Ms Jenista Mhagama, Mr Mwigulu Nchemba, Ms Ummy Mwalimu and Mr Charles Kitwanga. Mr Simbachawene, former Minister for Energy and Minerals, and Ms Angellah Kairuki, former Deputy Legal and Constitutional Affairs Minister become ministers of State, President’s Office, Regional Administration, Local Government, Civil Service and Good Governance. They will be assisted by Kisarawe MP Suleiman Jafo, who has been appointed deputy minister. Former Deputy Minister for Communication, Science and Technology, January Makamba has been appointed Minister in the Vice-President’s Office (Union and Environment) with Mr Luhaga Mpina picked his deputy. Former Minister of State in the Prime Minister’s Office (Policy, Coordination and Parliamentary Affairs) Jenista Mhagama will now be a Minister in the Prime Minister’s Office (Labour, Employment, Youth and People with Physical Disabilities), assisted by Mr Anthony Mavunde and Dr Posi Abdallah, who has also been nominated as MP by President Magufuli. 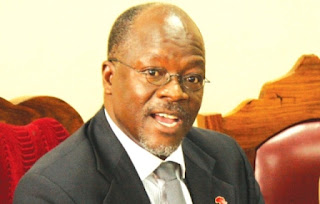 
Dr Abdallah was a lecturer at the University of Dodoma. Former Deputy Minister of Finance, Mr Nchemba has been appointed the Minister for Agriculture, Livestock and Fisheries and will be assisted by Mr William Ole Nasha. Mr Lukuvi has retained his portfolio as the Minister for Lands and Human Settlement Development and will be assisted by Ilemela (Mwanza) MP, Ms Angelina Mabula. The Minister for East African Cooperation in the outgoing Cabinet and lawyer and journalist by profession, Dr Harrison Mwakyembe, becomes the Minister for Constitution and Legal Affairs. Dr Hussein Mwinyi has retained his former portfolio as the Minister for Defense and National Service, while Mr Charles Kitwanga becomes Home Affairs minister. Prof Sospeter Muhongo returns to the Ministry of Energy and Minerals that he previously served in, to be assisted by 47-year old former Director of Legal Services in the same ministry, Mr Medard Kalemani. In perhaps one among the much and eagerly-awaited cabinet appointments, President Magufuli has nominated former Tanzania Permanent Representative to the United Nations, Dr Augustino Mahiga, as MP and Minister for Foreign Affairs and East African, Zonal and International Cooperation portfolio, to be assisted by Dr Susan Kolimba. Charles Mwijage becomes the minister for Trade and Industries, while Ummy Mwalimu is now the minister for Health, Community Development and Social Welfare. She will be assisted by Dr Hamisi Kigwangala. The youthful Nape Nnauye, among the new faces, becomes the Minister of Information, Culture, Artists and Sports, with Ms Anastazia Wambura as the deputy minister, while Mr Makame Mbarawa becomes the Minister for Water and Irrigation, assisted by Engineer Isaack Kamwela. Ministries that are yet to get full ministers but have deputy ministers are the Ministry of Education, Science, Technology and Vocational Training, whose Deputy Minister is Engineer Stella Manyanya, and the Ministry of Natural Resources and Tourism, that will have Engineer Ramo Makani. For the Ministry of Finance and Planning, the Deputy Minister is Kondoa Rural MP Dr Ashatu Kijaji, while Engineer Edwin Amandus Ngonyani becomes Deputy Works, Transport and Communications Minister.
Posted by Emmanuel Onyango at 9:57 PM