PRESIDENT John Magufuli has revoked the appointment of the Director General of the Prevention and Combating of Corruption Bureau (PCCB), Dr Edward Hoseah, replacing him with his deputy, Mr Valentino Mlowola, in an acting capacity. Dr Magufuli’s move follows what has been stated as “unsatisfactory performance of the PCCB in tackling corruption cases’’, especially in preventing loss of government revenue at the Tanzania Ports Authority (TPA). In a statement issued to the media on Wednesday this week in Dar es Salaam, the Chief Secretary, Ambassador Ombeni Sefue, said President Magufuli made the decision after satisfying himself that “under Dr Hoseah, PCCB will not keep up the pace that the president wants in fighting graft’’. “One of the areas where the government is losing a lot of money is at the TPA and TRA; so the president has stressed that despite reports of corruption at the two operational offices for a long time, PCCB’s slow speed in addressing the issue will not keep up with his work pace,’’ Ambassador Sefue noted. 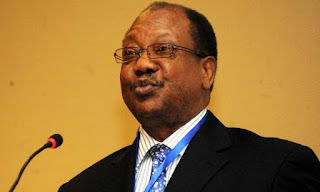 Meanwhile, President Magufuli has directed the suspension of four principal officers with the PCCB who travelled out of the country despite the president’s ban on foreign travel by government employees. The four are Ms Mary Mosha, Ms Ekwabi Mujungu, Ms Doreen Kapwani and Ms Rukia Nikitas who travelled outside the country despite being denied permission from the president or chief secretary. Ambassador Sefue has called on all civil servants to abide by the president’s directive, stressing that stern measures will be taken against those who will defy them. Meanwhile, the Permanent Secretary in the President’s Office, Regional Administration and Local Government, Mr Jumanne Sagini, has suspended the Babati District Executive Director, Mr Mussa Natty, who before being transferred to Babati was the Kinondoni Municipal Council Director. Mr Sagini said Mr Natty should report back to Kinondoni Municipal Council to await a probe on the various allegations leveled against him. The allegations include poor supervision that led to the construction of sub-standard roads in the municipality, failure to take action against his subordinates involved in the construction of the roads. Others include unethical behaviour that has led to widespread public outcry on the privatization of the Coco Beach in Dar es Salaam arising out of poor supervision of urban and land use planning.
Posted by Emmanuel Onyango at 5:12 AM